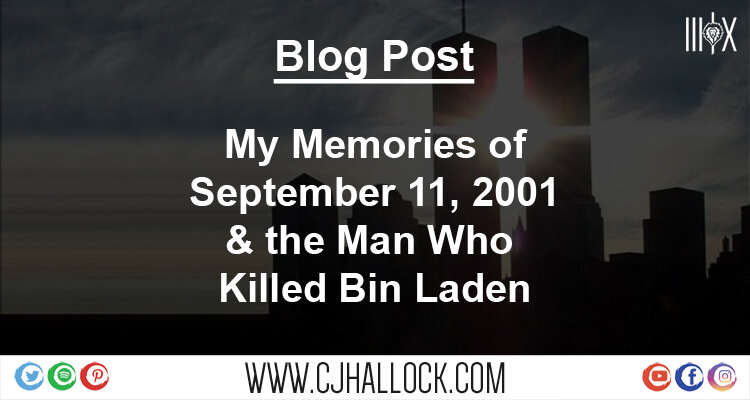 A lot of people are posting questions like “Where were you on September 11, 2001” so I decided to share my story…
I was on the Medina Annex of Lackland Air Force Base in San Antonio Texas. I was going through my schooling.
No one knew what happened, aside from one guy who had come in late. He saw the TV as he walked through the quarterdeck. He walked into class and said, “There is a crazy movie playing with planes flying into buildings.”
We had no idea what was going on. One of our Chiefs walked into class about 10 minutes late, wiping tears off of his face.
“This is one of the worst days in the history of the United States.”
He dried his eyes and continued to tell us what had happened.
I hadn’t been enlisted but for about 4 months. It was not but about a month after I had graduated from basic training. Not to mention, I was a kid.
The bigger issue was the shipmates who had parents that worked inside of the World Trade Center. Watching people get told that their parents may not be alive is something you will never forget!
Within an hour, there was an armed sentry within eyesight everywhere on the base.  Tanks were rolling down the street and by lunch, it looked like the base was preparing for an attack.
Nothing was learned in class that day.  But, we all learned a lesson coming together for the one shipmate in our class that, until about 6 pm (or 18:00), had thought her mother was one of the thousands to die.  I remember hearing her scream “Mom!” in the galley as she received the call from her mom telling her she was safe. The feeling is still gut-wrenching to this day.
We say “Never Forget” but for those of us who were old enough to go through that day… it’s more than a phrase that is repeated on this day each year.  I say that because I know, without a doubt, that I WILL NEVER FORGET SEPTEMBER 11, 2001.
I do remember seeing President Bush on the TV.
“Freedom itself was attacked this morning by a faceless coward, and freedom will be defended.”
Such a powerful quote!
Within a few days, every citizen of the United States knew the face of Osama Bin Laden.  A face that no one who remembers this day will ever forget.
There is another face that I remember when I think about that day.
Fast forward to 2003, I’m sitting in a mandatory class when a man walks in wearing Navy issued cammies.  His name was Rob.
Nothing “fancy” about this guy.  In my eyes, he was just a cool dude. But the one thing that myself and the other classmates did notice was the US Navy SEAL Trident on his uniform.
After the week-long class, Rob, myself and a few others from the class grew close and started to hang out from time to time.
I remember the first time I went out drinking with Rob.
We went to a small sports bar in Virginia Beach called “Hometown Heroes” and he introduced me to an unspoken rule.
To be honest, he didn’t tell me the lesson nicely at first! I remember he had told the waitress to put everything on one tab.  I pulled out my wallet and said: “I can get mine.” Rob looked at me and sai,d “Put your wallet up before I put it up for you.” It was a joke but Rob had moments when you could see he was serious by looking into his eyes.
After he paid the bill we had walked outside heading to his Ford Mustang as we lit our cigarettes he told me a lesson that stuck with me.
“When a man offers to pay for your ticket, let him.  It is a form of showing respect.  Don’t disrespect the man, just let him pay.” 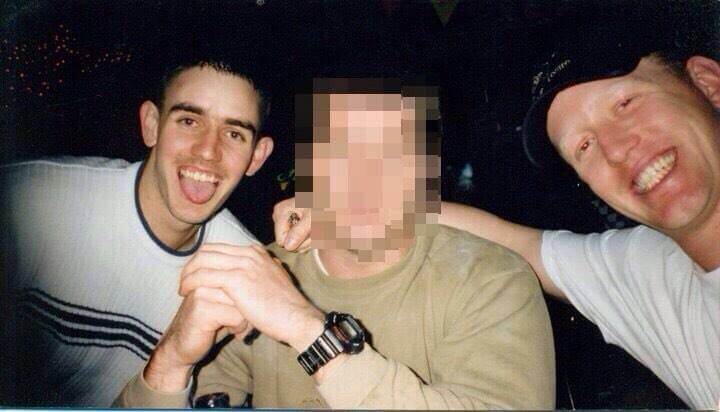 We continued to hang out until I was discharged from the Navy.
Time went by and we lost touch.
In 2009, I received a phone call from a friend who was with us one of those long nights at Hometown Heros.  I just heard your buddy Rob died in Iraq.  I didn’t really have a lot of contacts that also knew Rob so to me, he had passed.
It hit me hard, how could someone who was so BAD ASS pass away from a rode side bomb?
Well, luckily it was misinformation.
In 2015, I was scrolling through facebook and saw his face.  It was attached to an article from one of those “Fake News” sites that is only known for clickbait.
“Three Thugs Get Killed Trying To Rob The Man Who Killed Bin Laden”
I read the story and when it got to the “interview” section with Rob I knew it wasn’t true.
“There’s no way he would ever say something that cocky.”
But, it took me a few minutes to register what the article said.
“The Man Who Killed Bin Laden”
I immediately went down the rabbit hole and started searching his name on Google/YouTube/Twitter.
He is THAT guy!
I don’t want to waist your time telling you the rest but I will say this…
When you have someone in your life that eventually becomes THE AMERICAN HERO, you start to change your perspective on life.
So today I just want to say “Never Forget” & remember that if a country boy from Montana (along with the other amazing Team members on that mission) can make a change, we need to honor and support them.
Pay attention to the people around you and enjoy the small moments.  Even if it is going to see a Navy SEAL movie with a few SEALs and having it ruined by pokes in your side followed by whispers…
“We would never do that! Hollywood ruins everything!”
You never know how much those moments might mean to you in the future.
I didn’t get into my story about Robert J O’Neill just for fun.  I wanted to remind you that we still have a government that is fighting for our freedom.
So today, when you are remembering the people who died on that horrible day, also remember the men and women who continue to fight because of that horrible day!
Share on facebook
Facebook
Share on twitter
Twitter
Share on linkedin
LinkedIn
Share on pinterest
Pinterest
Share on reddit
Reddit
Share on email
Email

I can wrap up my passions in life with three words. Motivation, Marketing, & Music. In one way or another, I fit at least two of the three M's in every day! I am a freelance marketer, published author, artist & musician. Want to know more? Just ask...
All Posts »
PrevPreviousSocial Media Football | The Sport of Customer Satisfaction
NextWhat Every Business Owner Should Know About Their WebsiteNext
Menu